New tool in the fight against grapevine trunk disease 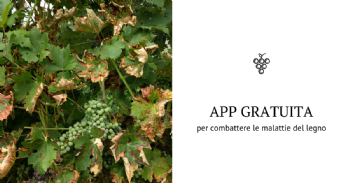 Grapevine trunk disease is estimated to cost the Australian wine sector millions of dollars in lost production each year, but now grapegrowers have a new tool to better manage its impact.

The University of Adelaide and Wine Australia have joined forces with the South Australian Research and Development Institute (SARDI) to update the Grape Assess app – released in June this year – with the latest research on grapevine trunk disease, adding to the existing range of grapevine disease and disorder evaluations within the app.

Eileen Scott, Professor of Plant Pathology at the University of Adelaide’s School of Agriculture, Food and Wine, said the updated app will simplify the assessment and management of grapevine trunk disease.

‘The Grape Assess update builds on the strength of the app’s existing assessment of powdery mildew and other conditions’, Professor Scott said.  ‘The update has embedded the latest grapevine trunk disease research in a convenient tool that will help grapegrowers to make an assessment in the vineyard and then email the information, which includes GPS coordinates, to themselves to better target management of the disease.

’ Wine Australia General Manager of Research, Development and Extension Dr Liz Waters said the update to Grape Assess was undertaken in collaboration with grapegrowers and researchers to strengthen its existing application.   ‘We are delighted with the update to Grape Assess and to see our research community continue to lead the way globally in developing management tools for grapevine trunk disease’, Dr Waters said.

‘The update is also very timely as growers are moving into the perfect conditions for assessment, which should be done during spring when the grapevine shoots are between 30–70cm long and before the canopy gets too big and hides symptoms.’ Working with grapegrowers and advisors – including Warren Burgess from Langhorne Creek and Joe Siebert from DJ’s Grower Services in McLaren Vale – and Dr Mark Sosnowski from SARDI, the update will help determine the loss of productive canopy due to the grapevine trunk diseases eutypa and botryosphaeria dieback. Extra fields have been added to Grape Assess to estimate yield impact and reference images for canopy loss have been included.

About grapevine trunk disease
Grapevine trunk diseases, caused by fungal infections, are becoming increasingly prevalent in Australian vineyards. One of the more commonly known grapevine trunk diseases is Eutypa dieback, which occurs worldwide, particularly in wine regions that exceed an annual rainfall of 350mm. All major grapevine varieties grown in Australia are susceptible to eutypa infection. Botryosphaeria dieback, another common trunk disease, is more prevalent in warmer drier regions.
Both diseases result in loss of productive canopy. Grapevines can become infected by eutypa and botryosphaeria through fresh cuts, such as those made during pruning or reworking. Eutypa and botryosphaeria fungi grow slowly, causing stunted shoots and progressively killing spurs, cordons and trunks and eventually the entire affected vine. An Australian-developed Eutypa Dieback Best Practice Management Guide is available on Wine Australia’s website.