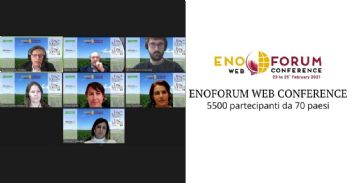 Bringing science and world wine production into an interactive dialogue was the ambitious goal of the virtual congress organized by Vinidea. The results were exceptional: over 5500 participants, including oenologists, agronomists, producers, researchers and suppliers. A participation that far exceeds that of any other congress in the sector in the world, organised by Vinidea, supported by partnerships with numerous prestigious international organizations.

The world of research was represented above all by the OIV (International Organization of Vine and Wine, often called the "UN of Wine" because it brings together 48 countries that produce or consume grapes and wine), but also by prestigious associations of researchers from Italy, France , Spain, Australia, South Africa. With their professional endorsement it was possible to receive over 100 scientific contributions, most of which were presented during the three days of the Enoforum Web Conference.
World wine production has joined the Vinidea initiative through the support, both technical and economic, of the associations of producers and technicians of Italy, France, Spain, Chile, Brazil, Australia, South Africa, the United States and Portugal. Their promotional contribution, together with the involvement of Vinidea's worldwide network of contacts, made it possible to engage a large number of professionals in the wine sector who were able to attend the congress, thanks to the simultaneous translation service from English - the official language of the conference - to Italian, French and Spanish.

The 42 research papers presented at the congress by researchers from 8 countries around the world concerned current issues of viticulture (resistant varieties, precision harvesting, green defense strategies, resilience to climate change, artificial intelligence, etc.) and oenology (antioxidant alternatives to sulfur, effects of different species of yeasts and bacteria, ultrasound, new techniques for process monitoring and sensory analysis, etc.). The recordings of the presentations and the related technical articles will be available in the coming months on the internet magazine InfoWine.com, published by Vinidea in 6 languages.

Enoforum Web Conference has surpassed all the current congress records in the sector, in terms of number of speakers (62), duration (10 hours over three days), participants (over 5500 from 70 countries), number of languages delivered simultaneously (4), and partnerships (25 organizations from 8 wine-growing countries).

Pau Roca, Director General of the OIV, gave the welcome greetings at the beginning of the congress.  He stated that, "the OIV immediately joined the VInidea initiative, which allows large numbers of men and women in the wine sector the opportunity to learn about the best of global scientific research into grapes and wine.  Above all, the web environment allows access to this information - essential for producing quality, sustainable wine - to young students and people living in minor wine-growing countries.  It is a rare opportunity to actively engage with researchers.  He also commented on "the high number of students (320) and participants from over 50 minor countries (340).

"We are very satisfied with the fantastic result of the initiative: the number of researchers who gave their contribution and technicians who signed up from all over the world exceeded our expectations" declared Gianni Trioli, president of Vinidea and creator of Enoforum . "We like to think that it is the result of over twenty years of activity, during which we have created a vast network of international contacts and developed various tools for the dissemination of scientific knowledge to the technicians of our sector." "The importance of Enoforum Web Conference goes beyond the event itself, because it is a central moment for the dissemination of scientific knowledge at a global level: in fact it serves to select the speakers for Vinidea's upcoming Enoforum 2021 congresses in Italy and California and to feed the publishing program of numerous technical magazines in the wine sector across Europe. The researchers who report to the Enoforum Web Conference obtain an absolutely unique worldwide visibility ”.

Vinidea is a service company based in Ponte dell'Olio, Italy, that deals with the development of technological innovations and the dissemination of technical information to the wine sector worldwide. Founded in 1998 by the current President Dr. Gianni Trioli, it has developed over the years several channels of communication between research and production and between wine regions of the world. It has organized over 500 seminars and courses, more than 100 congresses, 80 study tours in all wine countries. Since 2011 it has been offering webinars to the wine sector (www.vinidea.it). Vinidea has participated in 12 European projects, mainly in the Horizon 2020 program, and is involved in 11 regional EARDF projects (RDP operational groups). In 2000 it inaugurated the Enoforum congress formula, which has celebrated 12 editions in Italy, 7 in Portugal, 2 in Spain, becoming the most important congress circuit in Europe (www.enoforum.eu). Since 2002 it has published in 6 languages the Internet Magazine of Viticulture and Oenology Infowine, read by more than 250.000 users all over the world (www.infowine.com) .

Photos and logo in high definition are available by writing to enoforum@vinidea.it 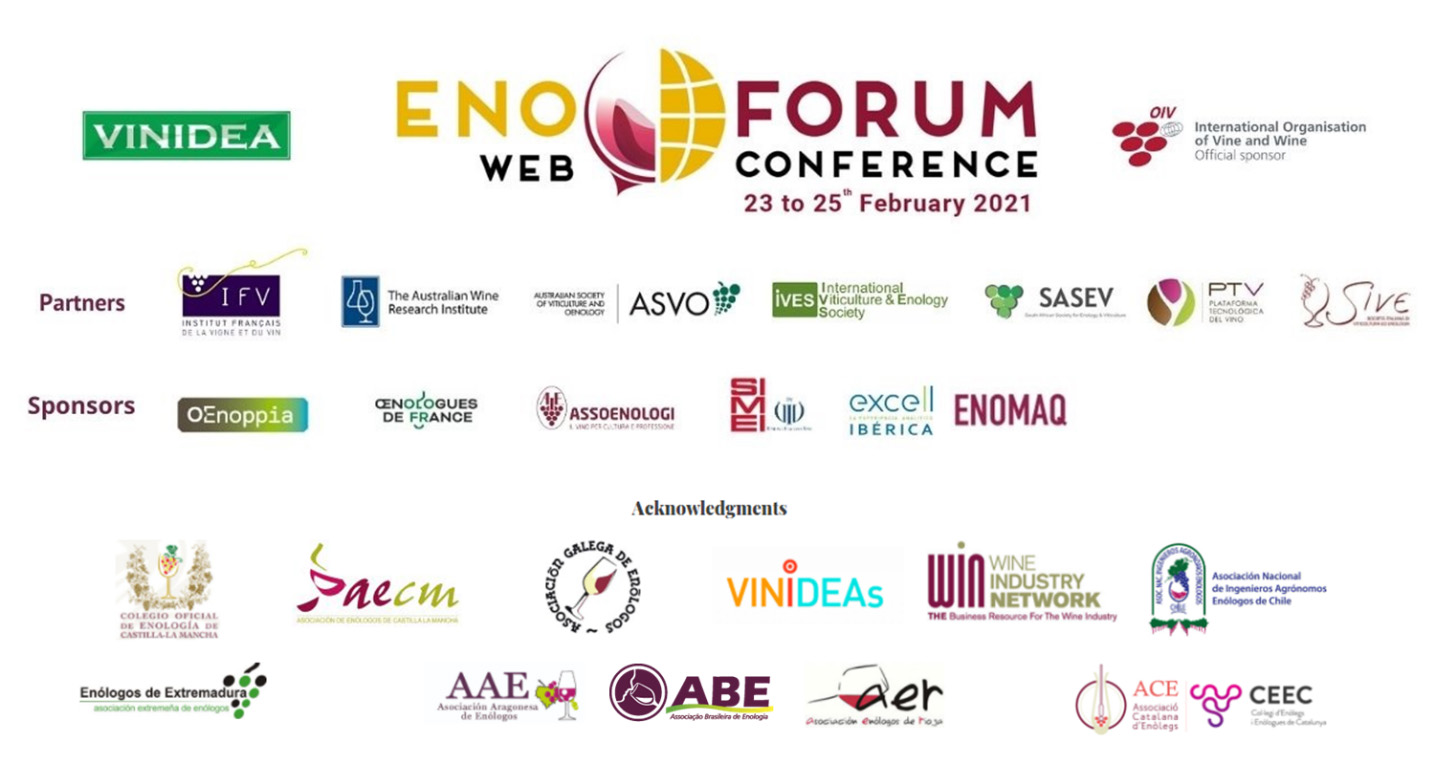 The many patrons, partners, sponsors and collaborators who supported the congress 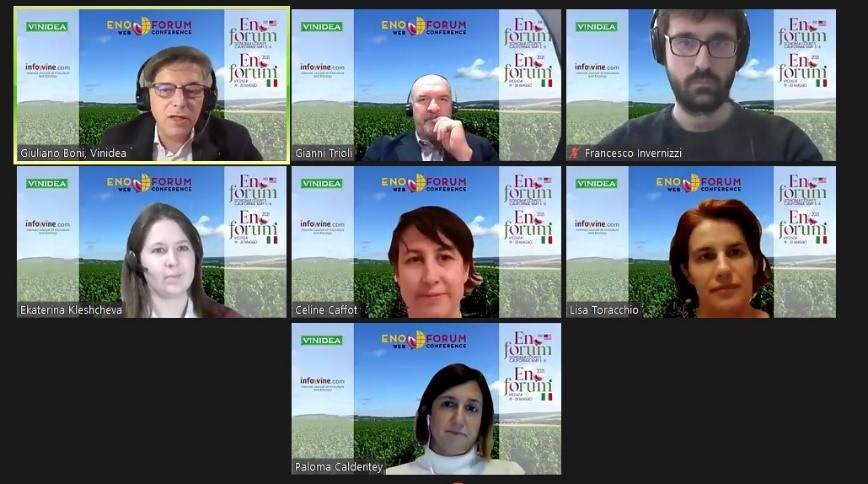 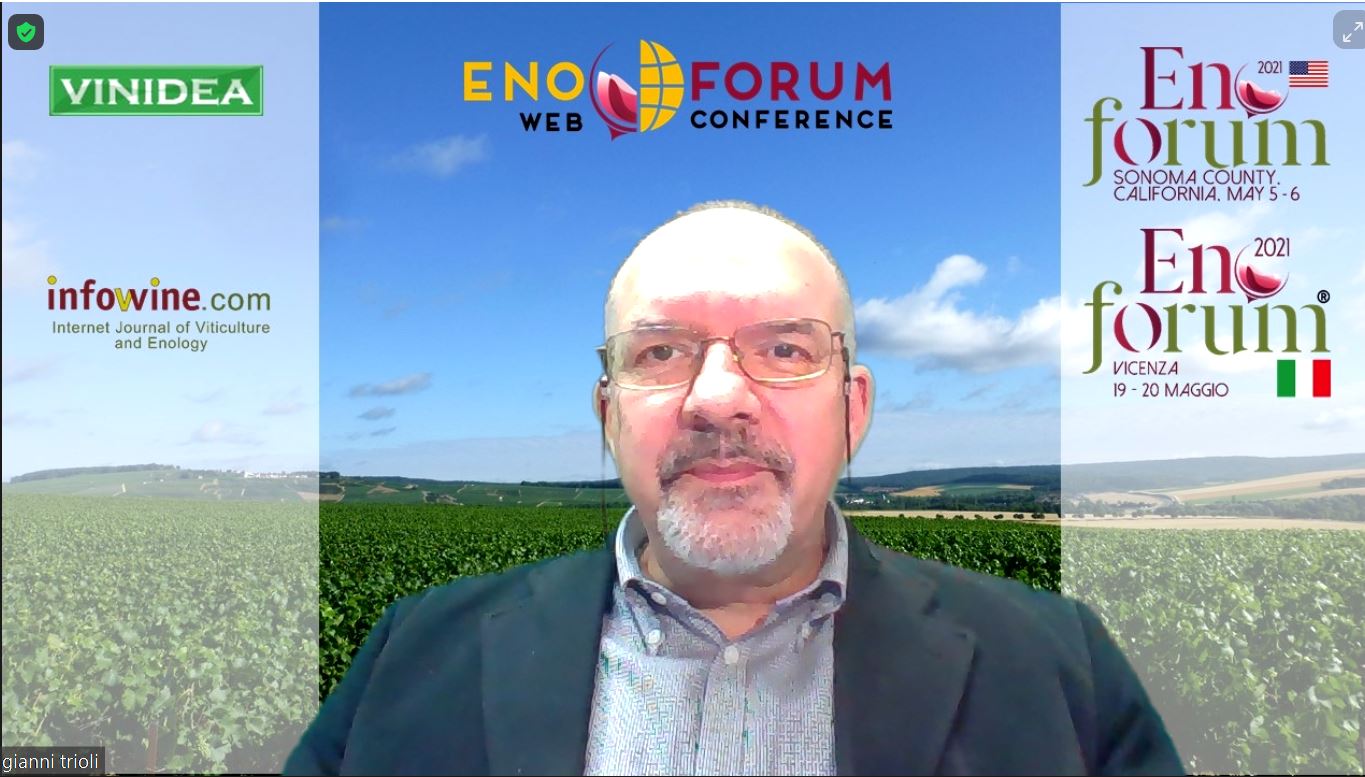 Gianni Trioli, president of Vinidea and creator of Enoforum, in his introductory presentation