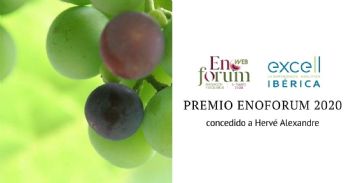 The evaluation procedure of the research works candidates at the ENOFORUM AWARD 2020, a competition dedicated to the International Research and encouraging dialogue between research and production in the wine sector, was completed. Thirty-five scientific works from 21 research groups from different countries were competing for the Award 2020, 14 of which were selected by the Scientific Committee to be presented orally at Enoforum 2020.

The Spanish edition of Enoforum 2020 was supposed to take place in Zaragoza on 7-8th of May, but the COVID emergency forced to cancel the on-site conference. However, thanks to the experience in webinar management gained by the Vinidea team in the past years, it was possible to transfer in 12 hours of digital event almost all the contents originally planned, giving up only the tastings and exhibition spaces. The presentation of selected candidates took place in Enoforum Web, the first virtual congress in the world of wine, which has had a wide resonance among the Spanish-speaking technicians to whom it was addressed, and has registered a huge success with over 2000 participants

Distinctive character of the Enoforum Award is the primary role given to agronomists and oenologists in the definition of the winners, previously selected by a qualified Scientific Committee, composed in 2020 of 47 scientists 24 Spanish, 20 Europeans and 3 from extra-EU wine countries). 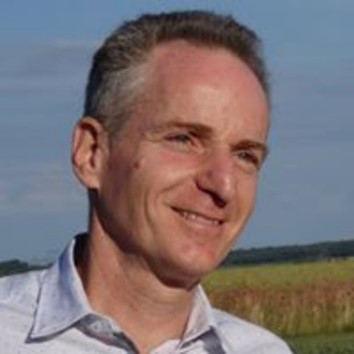 The winner is Hervé Alexandre of Unité Mixte de Recherche Procédés Alimentaires et Microbiologiques (PAM), University of Burgundy (France), who carried out the research entitled "Bio-protection in oenology: a real alternative to sulphites?" together with the co-authors Scott Simonin, Chloé Roullier-Gall, Jordi Ballester, and Raphaëlle Tourdot-Maréchal. The work, realized between 2006 and 2009, is studying the early addition of microorganisms such as yeasts and bacteria on harvested grapes or grape must before fermentation in order to allow the reduction of sulphites addition.

The 2.500 € prize is devolved to research fund of the winner, and is funded by Laboratorios Excell Ibérica S.L

Other research works ranked after the winner, but with very high evaluation scores deserve to be mentioned:

Official prizegiving is foreseen within the congress program of ENOMAQ 2021, schedules for February 9-11, 2021, at Feria Zaragoza (Spain)

The audiovisuals recorded at Enoforum will be available on the internet journal INFOWINE (www.infowine.com)

The ENOFORUM AWARD “research for development” is granted on the basis of the judgment expressed by wine industry stakeholders. The selection procedure foresees three phases:

Enoforum Award 2020 enjoys the support of Laboratorios Excell Ibérica S.L., a company created in 2008 in Logroño, La Rioja, thanks to the cooperation of well-known figures from the world of French and Spanish wine. More than an analysis laboratory, Excell Ibérica delivers its experience and advice to professionals in the wine and agri-food industry so that the final product always meets the most demanding quality criteria in the market, guaranteeing greater success to the winery.