IMPACT OXYGENATION: Managing the oxygen demand of a wine 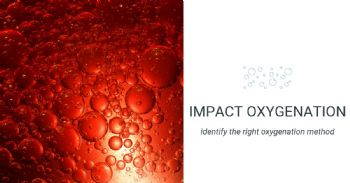 EVER proposes to wineries a new approach to managing the refinement of wines, based on three integrated solutions: infusion through the use of ENOTIMATIC, the alternative STYLE# and IMPACT OXIGENATION.

It is now certain that oxygen influences decisively on the refinement and evolution of wines in the bottle. A lack of this ingredient, apparently highly available, causes the onset of anomalous odours (off-flavours) and a greater tasting disharmony (Ugliano 2013, Cheynier 2012, Moio 2013, Fulcrand 2012). Even an excess of contact with oxygen can lead to a qualitative decline: the alteration of some sensitive key aromas, the new formation of alterative compounds (methional, phenylacetaldehyde) that are characterized by smells of potato or gone off honey (Escudero 2000, Ferreira 2003). In general, the taste of oxidized wines presents a growing and persistent disharmony that hinders the perception of pleasant aftertaste notes.

Oxygen is key for quality

Oxygen is an essential element for the refinement of young wines and, when managed well, it allows to stabilize colour (Cano-Lopez 2008, Moutounet 2002), to refine a smooth taste, without bitter notes (Cejudo Bastante 2011) to evolve the vegetal notes (Ortega-Heras 2008). The chemistry of oxygenation has been extensively studied since Singleton, in 1987, published his observations and practical implications on aeration. It is now clear that every wine has its own oxygen consumption rate (OCR - Oxygen Consumption Rate), which varies depending on many factors, first of all the oxygen that’s already been absorbed.

EVER intends to contribute to the efforts of winemakers in identifying the right oxygenation methods with IMPACT OXYGENATION, a simple working protocol that has found its practical application in a micro-oxygenator, entirely managed by a PLC of the latest generation.

IMPACT OXYGENATION thinks in purely enological terms, since it only needs to know the amount of oxygen that you want to use for refining your own wine. The micro-oxygenator becomes an intelligent dosing device, which varies the oxygen flow, according to the requirements set.

Further information and the description of the functioning of IMPACT OXYGENATION are available on the EVER website at the link https://www.ever.it/en/news-eventi/by-mde-paola-impact-oxigenation-117.html 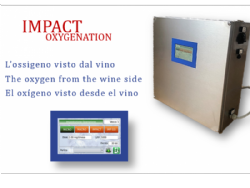