Innovative approach to soil management in the vineyard landscape

On the World Soil Day, the LIFE+ Soil4Wine Project brought together winegrowers, agronomists, consultants, researchers and stakeholders in the sector at the final conference in order to present the results of the Project, aimed at improving soil management in the agricultural sector.

The main results of the project concern three main themes: cover crops and green manure practices in the vineyard, decision support system to winegrowers for soil management and the valorisation and remuneration of eco-systemic services provided by the vineyard ecosystem.

The research group of Università Cattolica del Sacro Cuore directed by Prof. Stefano Poni, coordinator of the Soil4Wine project, described to those present the demonstration activities carried out at the 9 DEMO wineries involved in the Parks area between Piacenza and Parma. The practices of using cover crops, green manure, mulching and conservative agriculture in the hilly environment of Piacenza and Parma were the object of careful evaluation, in order to contrast the problems of erosion and compaction that can take on worrying consequences. Afterwards, Dr. Sara Elisabetta Legler (Horta srl) presented an innovative and interactive decision-making tool for soil management in viticulture developed during the project.

The afternoon, instead, was entirely devoted to the economic, political and social aspects of the project. The presentations of Gabriele Canali (Università Cattolica del Sacro Cuore di Piacenza) and Guido Croce of ART-ER were dedicated to the quantification of the advantage that a sustainably managed vineyard can give to the community, and therefore of the value of the eco-systemic service it provides, i.e. how much the society should pay to the winemaker if it does its work in such a way as to preserve and enhance the soil and the territory.

The meeting concluded with a round table discussion - led by Enrico Cancila of Art-ER - which explored the new opportunities that could give the certification of sustainability at national and European level, with the interventions of the Regional Councillor for Environmental Policies Paola Gazzolo, Marco Profumo of the Consorzio dei Vini Piacentini, Maurizio Dodi of the Consorzio di Parma, Elena Bonelli of Cantine Bonelli, Maristella Galli of the Unione pedemontana parmense. The final speech of the Regional Councillor for Agriculture, Simona Caselli, stressed the importance of investments in soil policy and the enhancement of sustainability certification, which is required especially by foreign markets. 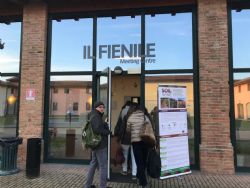 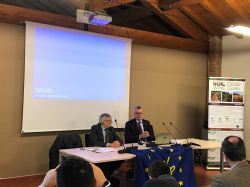 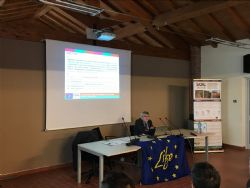 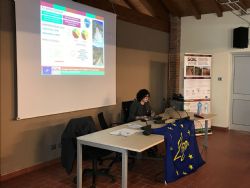 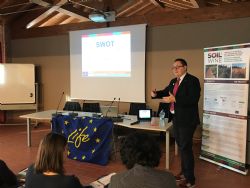 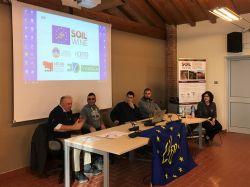 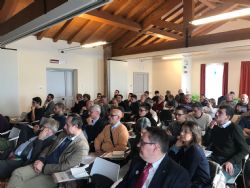 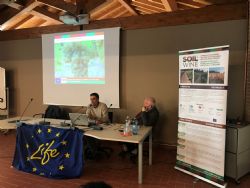 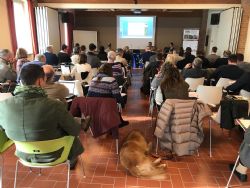