The eleventh Italian edition of Enoforum ended on Thursday 23rd May, with 150 reports in three conference rooms during the three days of congress, results of the research and development activities carried out in recent years were presented by 84 research groups from all the wine producing countries in the world.

The review of innovations also included the exhibition of 80 posters, the screening of 26 films, the tasting of about 200 experimental wines, the deepening of the topics studied at 50 corporate desks.

Such a wealth of new technological proposals attracted 1,200 participants to Vicenza from all over Italy, with a growing representation of foreigners. These numbers confirm the European primacy of Enoforum among the congresses in the wine sector, achieved and consolidated with growing results since the last three editions.

"The reason for Enoforum's success is its inclusive nature," says Gianni Trioli, president of the Piacenza company VINIDEA, which organizes the event. Enoforum belongs to everyone. Researchers, service and technology suppliers, oenologists, viticultural agronomists and wine producers, they all find space here to show their work, to express their needs and to confront themselves with other actors in the supply chain. Because innovation belongs to everyone: public research is necessary to develop new knowledge or to prove scientifically intuitions, but it needs the private research of supplier companies to transform knowledge into technologies applicable to production, and the experimental contribution of vineyard and cellar technicians is essential to adapt innovation to the daily production work and to the different operational situations. If one of these three pillars is missing, there is no real innovation, in the true sense of a new technology that comes into practice. Enoforum gives everyone equal space and dignity, and this is its main originality ".

Consistent with these principles, all organizations representing the various actors of Italian vitiviniculture have been progressively involved in Enoforum: SIVE (Italian Society of Viticulture and Oenology), Assoenologi (Association of Italian Wine Technicians) and CONAF (Council of the National Order of Agronomist and Forest Doctors), who associate all the technicians of the wine sector; Unione Italiana Vini and the international association Oenoppia, which represent the main wine producers and the companies that provide services and technologies; CREA (Council for Agricultural Research and Analysis of Agricultural Economics), which analyzes and animates the network of research centers that deal with agriculture in Italy. From many editions Enoforum has the patronage of the OIV (International Organization of Vine and Wine) and of MIFAAFT (Ministry of Agricultural, Food, Forestry and Tourism Policies). The Vicenza edition is also sponsored by the Veneto Region.

The biennial event took place in the congress center of the Vicenza fair, a structure that has hosted the past three editions, collecting the baton from Arezzo, Piacenza, Conegliano and Montesilvano where the previous editions took place. At the end of the event, the Enoforum 2020 locations were announced, they will be held in May in Vila Real in Portugal and in Zaragoza in Spain, celebrating the seventh and second editions respectively; the next Enoforum in Italy will be in 2021.

The reports presented at Enoforum were subject to audio-video recording and will be published in the coming months on the internet magazine www.infowine.com. Sign up to the newsletter! 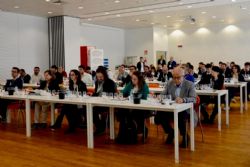 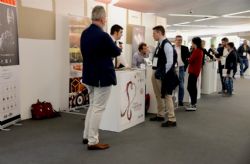 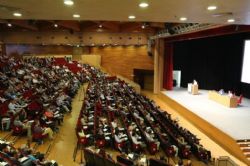