Viticulture, climate change and development opportunities for the disadvantaged areas

Workshop and demo day of the ValorinVitis project at Tenuta Borri (Travo, PC)

Climate change is putting traditional agriculture in difficulty: extreme weather events, long periods of drought, high temperatures present to farmers the new challenges that need to be addressed through innovation. Hillside viticulture is suffering the most from the effects of climate change: water scarcity, erosion, decoupling of ripening, just to name some examples. All this is combined to an unfavourable socio-economic context, with labour shortages in agriculture, ageing population, land fragmentation and international competition.

The aim of the ValorinVitis Operational Group is to provide solutions to these problems. On Friday, 19 July 2019, at the Tenuta Borri of Andrea Pradelli in Travo, the Group presented - to more than 50 winemakers, agronomists, consultants and other operators in the sector - the preliminary results of the project it is carrying out with the funding of the Emilia-Romagna RDP.

The research group of the Università Cattolica del Sacro Cuore di Piacenza directed by Prof. Stefano Poni, coordinator of the ValorinVitis project, described the interesting characteristics of some native vine varieties, such as Melara and Barbesino, which among all those preserved in the Mossi collection seem to represent the best opportunity for the production of an original and modern white wine to be coupled to Ortrugo. The agronomic studies and genetic characterizations that can start the process of planting authorization are now available. The data collected in recent years shows that, with climate change, in areas previously considered unsuitable for theviticulture, at higher altitudes and in inland valleys, the vine plants are less prone to frost, the grapes ripen later than in other areas, often achieving a better balance between sugars, acidity, tannins and aromas. This is an interesting opportunity for rural and disadvantaged areas. The new varieties resistant to powdery mildew and downy mildew and the decision support systems allow the use of fungicides to be considerably reduced, responding to the current needs of the consumer.

ERVI, a cross between Barbera and Croatina obtained in Piacenza to meet the needs of the Piacenza area, has also confirmed in these new studies the great agronomic value and its potential to give originality and novelty to the offer of  wine from "Colli Piacentini wine district" on the market. The agronomist Filippo Furlani of the company Marenco described an example of market enhancement of the new Albarossa variety.

The meeting ended with a round table - led by Gianni Trioli of Vinidea - which explored the new opportunities offered by viticulture to mountain and disadvantaged areas, with the interventions of Chiara Azzali representing the Consortium for the Protection of DOC Colli Piacentini Wines and Stefano Poni who described the main axes of work of scientific research and technology to offer innovation to winemakers. The final speech was made by the Regional Councillor for Agriculture Simona Caselli, who stressed the importance of data certifying climate change in Emilia Romagna and described the many regional initiatives and European programs in favor of innovation in agriculture.

At the end of the day, a tasting of typical local products combined with some of the best DOC wines from Piacenza and some interpretations of the Ervi cross was offered to the public. 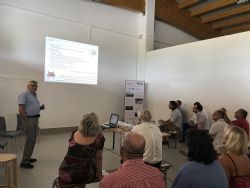 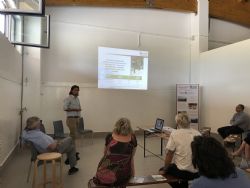 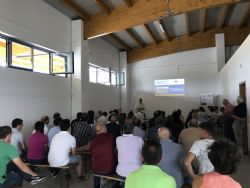 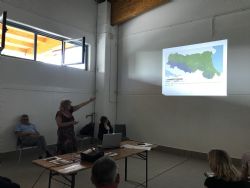 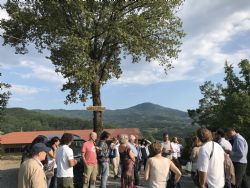 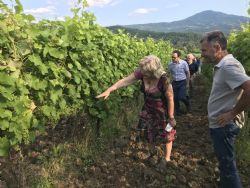 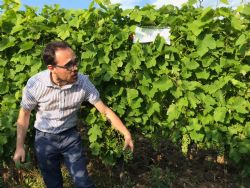 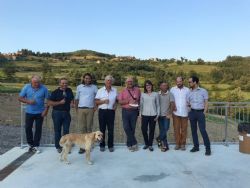 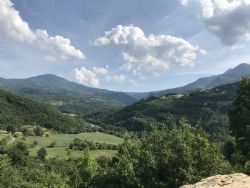