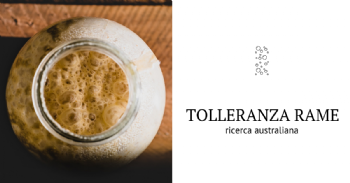 The Australian Wine Research Institute’s (AWRI) commitment to better understanding the nature and behaviour of the wide range of yeasts available to winemakers is bearing fruit both scientifically and practically.

A project led by Dr Simon Schmidt has provided a comprehensive picture of the genomic makeup of 200 common strains and their relationship to each other, while also screening nearly half those yeasts for their tolerance or otherwise to a wide range of fermentation-relevant variables such as sulfite and nitrogen concentration in grape juice.

The project was built on the complex sequencing of the strains. The research team was interested in both the genetic diversity of the yeasts commonly used to make wine and the diversity of their behaviour.

While wine yeasts are quite different from those used in sake or bread making, for example, they form a fairly homogenous group. But within that group are some distinct sub-groups, a third of which relate to what are commonly called champagne yeasts.

What is surprising is that these genetic sub-groups don’t relate directly to what people use the yeasts for. There is no obvious relationship between an application such as red winemaking and the genetics of the yeast, although that doesn’t mean there aren’t some underlying traits that cluster together, such as in the group of ‘flavour enhancing yeasts’.

Having built this foundation, the researchers selected 94 strains for more intensive examination, picking representatives from across what they considered to be the entire diversity of wine yeasts.

By using molecular barcoding – inserting a DNA barcode into each yeast – they were then able to measure the performance of all 94 in a single ferment, comparing them in an identical environment and between environments.

‘The beauty of doing it the way we did was that because we didn’t have to deal with 94 individual yeast strains. We didn’t then have to test those 94 strains in each environmental condition that we wanted to test’, Dr Schmidt said. ‘We put them in the same flask and were able to untangle their individual performance characteristics afterwards.’

The researchers studied each yeast in relation to common things such as high sugar concentration and different temperature profiles, but what really stood out was copper and sulfite tolerance.

‘For many stresses the impact is similar for all yeasts, but copper and sulfite tolerance really heavily distinguish different yeast strains. Some are exquisitely sensitive to copper, which can be present in grapes from the soil or from vineyard sprays.’

‘What is interesting is that if a strain is copper tolerant it can’t really be sulfite tolerant and vice versa; it seems that the tools a yeast employs to become sulfite tolerant, for reasons that we don’t fully understand, make it copper sensitive. There’s a trade-off.’