Modulation at the periphery: what is the nose telling the brain 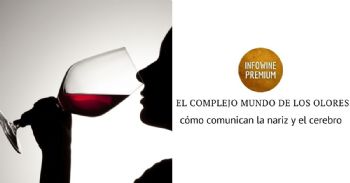 Modulation of the stimulus is a common property of sensory systems, including both inhibition and en­hancement of selected inputs. In all known cases this modulation occurs at higher levels of processing, at synapses of relay neurons between the peripheral sensors and cortical brain regions. Similar modulation has been demonstrated in the flavor (olfactory and taste) system in humans in psychophysical experiments, and are assumed to be due to higher level processing.

Utilizing a new technique in microscopy it has been possible to monitor the activity of thousands of indivi­dual sensory neurons in the living nasal epithelium of genetically altered mice. By applying mixtures of odors the result is that a given odor species can act to activate, inhibit or enhance the response of other sensory neurons. That is, modulation of the olfactory stimulus appears to occur in the peripheral sensory cells, prior to any additional processing at higher centers.

When testing for similar effects in humans using psychophysical techniques, similar interactions between odors in a blend were discovered. This sets the olfactory system apart from other sensory systems and raises critical new issues as to how the nose and brain communicate to perceive a complex odor world.

Stuart Firestein is a Professor of Neuroscience at Columbia University.  His research focuses on the vertebrate olfactory system, perhaps the best chemical detector on the planet. He received his PhD at UCAL Berkeley, completed his post-doctoral fellowship at Yale University Medical School, and joined Columbia in 1991.

Annual Subscription to Infowine: The subscription – at the price of € 60,00 (VAT included) – gives unlimited access for one year to all the documents published on the website: Click here

Innovative and sustainable oenological solutions to raise acidity and control microbial threats while maintaining sensory characteristics and color
Video clip from Enoforum Web Conference - Presentations by Ana Hranilovic and Antonio Castro Marin
Two research presentations, one from Australia and one from Italy, propose interesting and sustainable oenological solutions to combat the lack of acidity in wines and microbial threats.
Price:27 €(Tax included)
Register or login
Published on:05/12/2021

Aging on lees time reduction of a Chardonnay wine by electroporation
Juan Manuel Martínez, Universidad de Zaragoza
VIDEO SEMINAR ENOFORUM 2018: the objective of this research was to verify if the treatment of the lees by PEAV accelerated the release of mannoproteins during the aging on lees of a Chardonnay wine.
Price:27 €(Tax included)
Register or login
Published on:11/14/2018

Ultrasound potential, freezing-thawing of grapes and the use of UV-VIS spectroscopy in the fractionation of the must
Andrea Natolino, University of Udine; Robert Dambergs, Charles Sturt University; Laura Rustioni, University of Salento
Presentations of three works from the Enoforum Web Conference 2021
Price:27 €(Tax included)
Register or login
Published on:05/22/2021