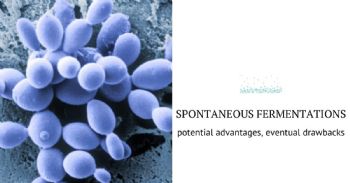 The interest for the conservation and improvement of traditional spontaneous fermentations is rising among wine producers, to reduce the spoilage risks associated with this approach, and ultimately meet the consumers demand for more typical and quality-focused products.

The aim of this study was the identification and characterization of the prevailing yeast population during a spontaneous fermentation of withered grapes must in the production of the prestigious wine Amarone della Valpolicella.

For this matter, samples were collected throughout the fermentation process and the dominant yeasts were isolated, identified and typed with molecular approaches.

These analysis allowed the recognition of three leading strains of Saccharomyces cerevisiae, including a starter strain, which was formerly inoculated in the estate many years ago, and thus was able to adapt in the winery environment, integrate along the natural microbiota and behave as a “domesticated” yeast.

Moreover, S. bayanus was present amid the dominant yeasts, a species commonly found in Amarone wine.

Some strains were selected for laboratory microvinification trials, followed by chemical and volatile compounds analysis of the produced wines. The statistical evaluation of significant differences between the selected strains validated their ability to conclude the fermentation, and recognized their distinctive outcomes in the wine.

In conclusion, this study allowed the highlighting of potential advantages and eventual drawbacks related to spontaneous fermentations. Furthermore, it confirmed that the presence and efficient use of indigenous and domesticated yeasts offer the winery the possibility of obtaining wines with distinctive volatile profiles.