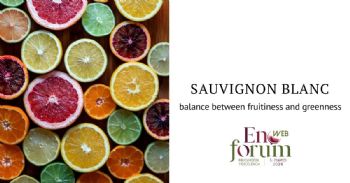 Sauvignon Blanc is one of the most widespread aromatic varieties in the world. Characterized by strong varietal and fermentative flavors, winemakers can play with yeasts and fermentation parameters to achieve a good balance between its fruitiness and greenness.

This work presents a study from the screening of a yeast bank towards genetic and phenotypic features to the characterization of the best strains through microvinifications, dry yeast quality tests and field trials.

The results showed a correlation between the zygosity of the short or full-length (LT) allele of the IRC7 gene and the strain capabilities to release thiols, especially the 4-MMP. Different potentials to produce undesirable compounds in addition to esters were observed and lead to the selection of a IRC7LT/IRC7LT strain promoting thiols and mainly ethyl esters.

Its study through different fermentation temperatures and nutrition regimes was performed. It clearly highlighted a higher release of thiols as well as a lower concentration of acetate esters at high temperature (18°C vs 12°C) and confirmed the importance of the Nitrogen Catabolite Repression regulation system.

The supply of ammonium at yeast inoculation indeed drastically lowered and even blocked the release of 4-MMP when the initial temperature was 18°C then lowered to 12°C. This latter regime was rated among the best ones as maximizing aromatic benefits, what was tasted positively.

The strain was then produced and dried through the E2U™ process and showed a high resistance under very different rehydration conditions. Finally, 32 international field trials completed the characterization of this strain and confirmed its suitability for thiol varieties with complex fruity notes, high crispness and overall good balance in mouth.

The papers reproduced in these video were presented at the 1st Spanish edition of Enforum Web (5-7 May 2020) within the module organized in collaboration with Fermentis.