Identification of autochthonous oenococcus oeni from grapes and wines of Priorat (Catalonia, Spain) and their selection for vinification 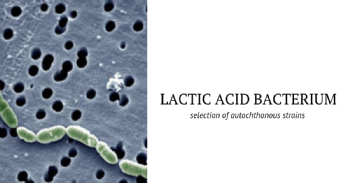 Oenococcus oeni, the lactic acid bacterium (LAB) mainly responsible for malolactic fermentation, has been repeatedly isolated from wines, but hardly ever from grapes. In this work, a large survey of autochthonous LAB from the Catalan wine region of Priorat was achieved.

A total of 1,904 LAB isolates, from Grenache and Carignan grape berries and from wines of different cellars, were identified and typed. Around 70% of isolates were O. oeni, mostly from wines, but remarkably, 53 of them were isolated from grapes. Other non-Oenococcus species were also identified and typed, being Lactobacillus plantarum the predominant one in grapes.

The possibility of using some of these autochthonous strains was studied. From them, 45 O. oeni strains were selected and characterized in base of their degradation of L-malic acid, the resistance to low pH and high ethanol, and the absence of biogenic amine genes.

The three strains with the most desirable characteristics were inoculated in real wines, MLF was carried out successfully and final wines showed good chemical and sensorial characteristics.

The characteristics of the obtained wines suggested the possible use of one of the strains as good candidate for starter culture. Thereby, autochthonous strains have the potential to be used, after being selected, as inoculum of real wines, they are well adapted to the conditions of this specific area and can keep the terroir characteristics.